I think I mentioned in a previous post (or two) that I spent from mid November until just last week, furiously stitching away on Christmas gifts!!

So here they are!!! I made lap quilts for all four "boys" (that would really be men). Last year I had made all the "girls" lap quilts (they were my guinea pigs for FMQ). Well, the boys loved using their quilts, so I made them their own!

This one is Tylers' made from four of his old Cinch shirts! He calls it The Cinch Quilt - but it was my first Bonnie Hunter pattern called Mountain Majesties. 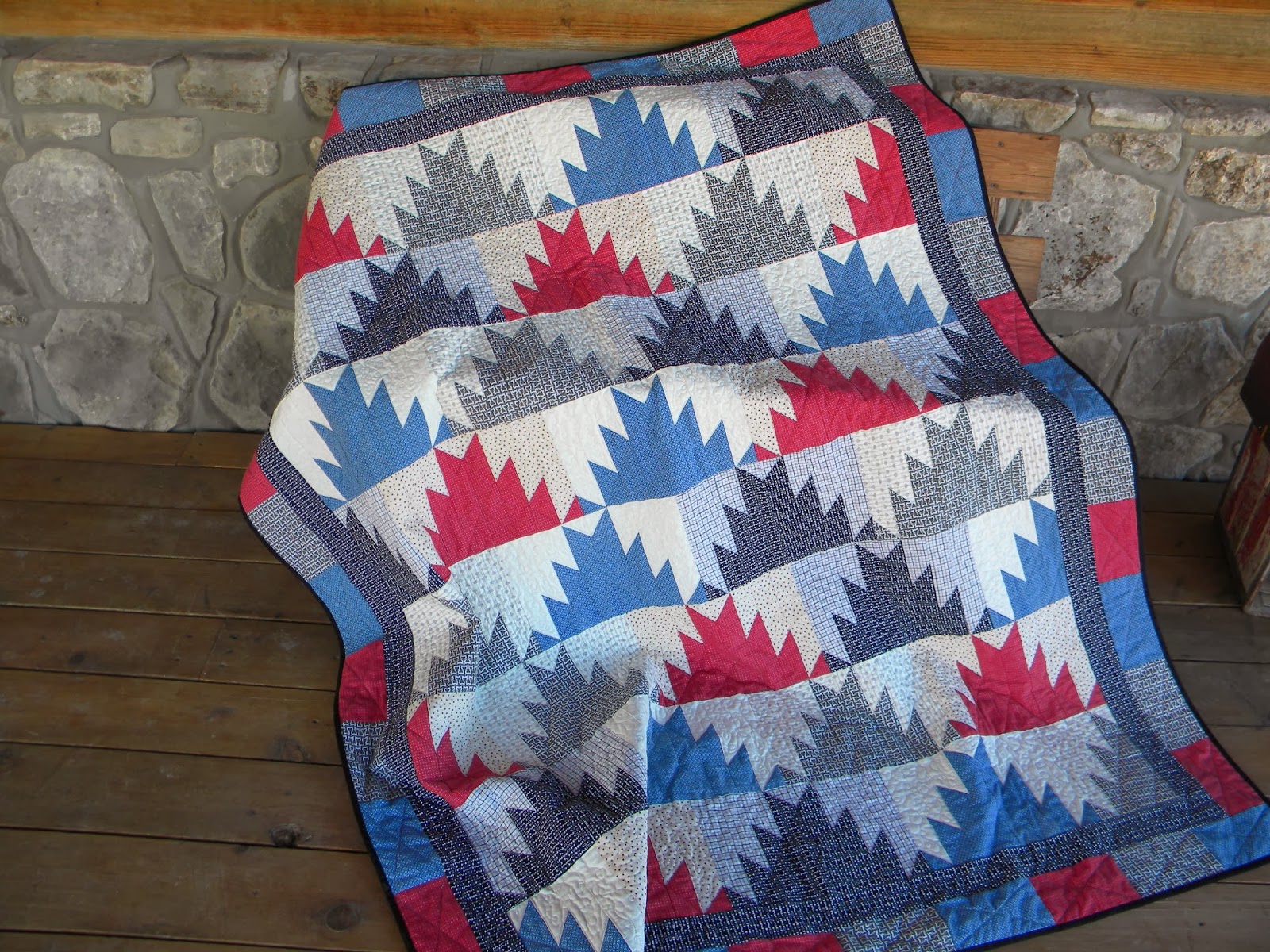 Here's Rygh"s. It also had three of his old shirts, plus some brown shirts that my friend Janet O. found for me. I added a couple of other plaid fabrics for color variation. This one was Mike's favorite. He just went on and on about how pretty it was. It is a Bonnie Sullivan pattern called "Fireside". 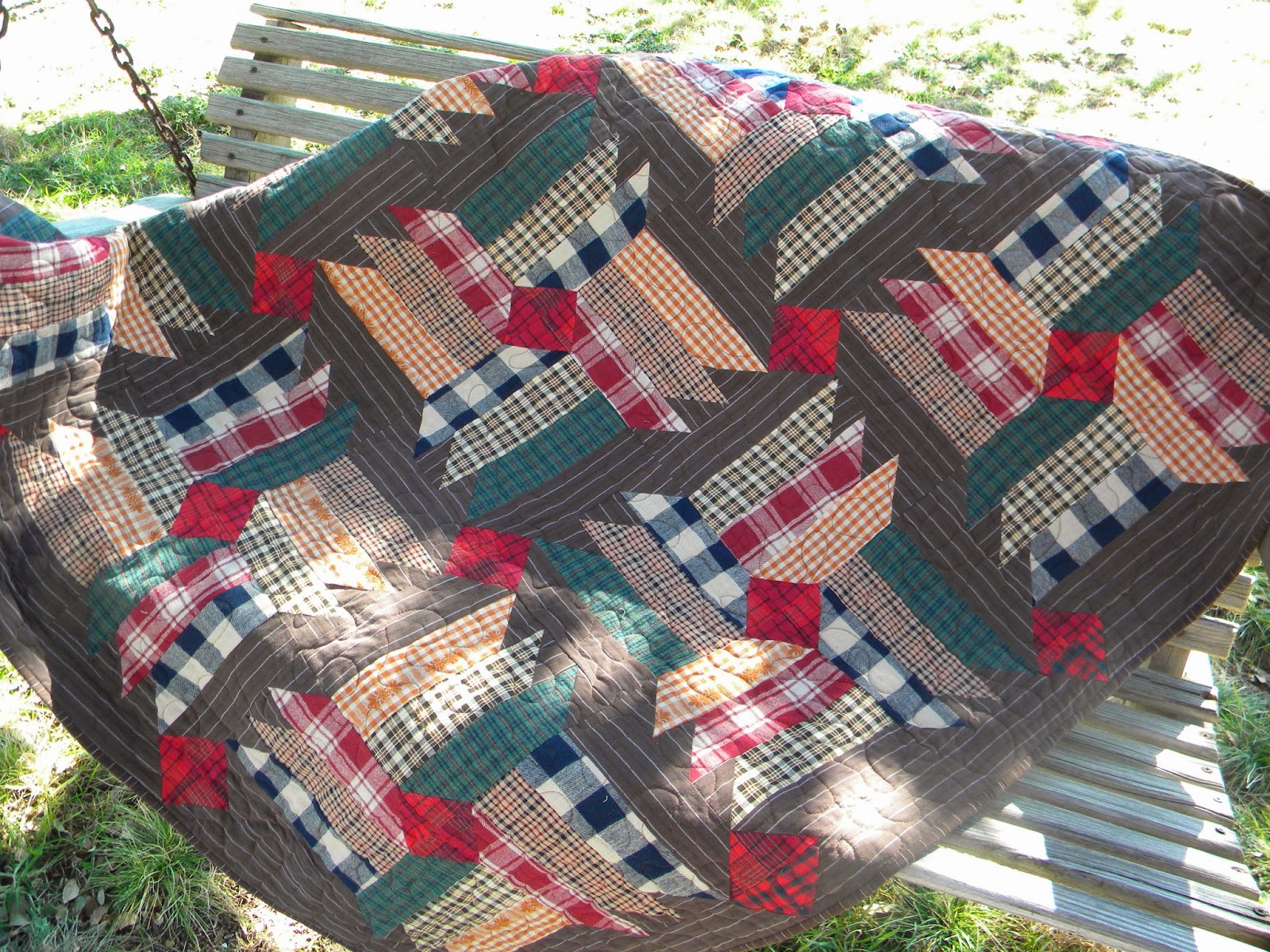 Next is Bobby's. He loves RWB quilts, so of course I did one for him. It only has one of his old shirts, but this quilt was totally from my stash/scrap basket. Even the backing!! Bobby told me that of all his Christmas gifts, the quilt was his favorite! Not pattern - just hour glass blocks put together in a pinwheel pattern - just because that's how it looked best to me. 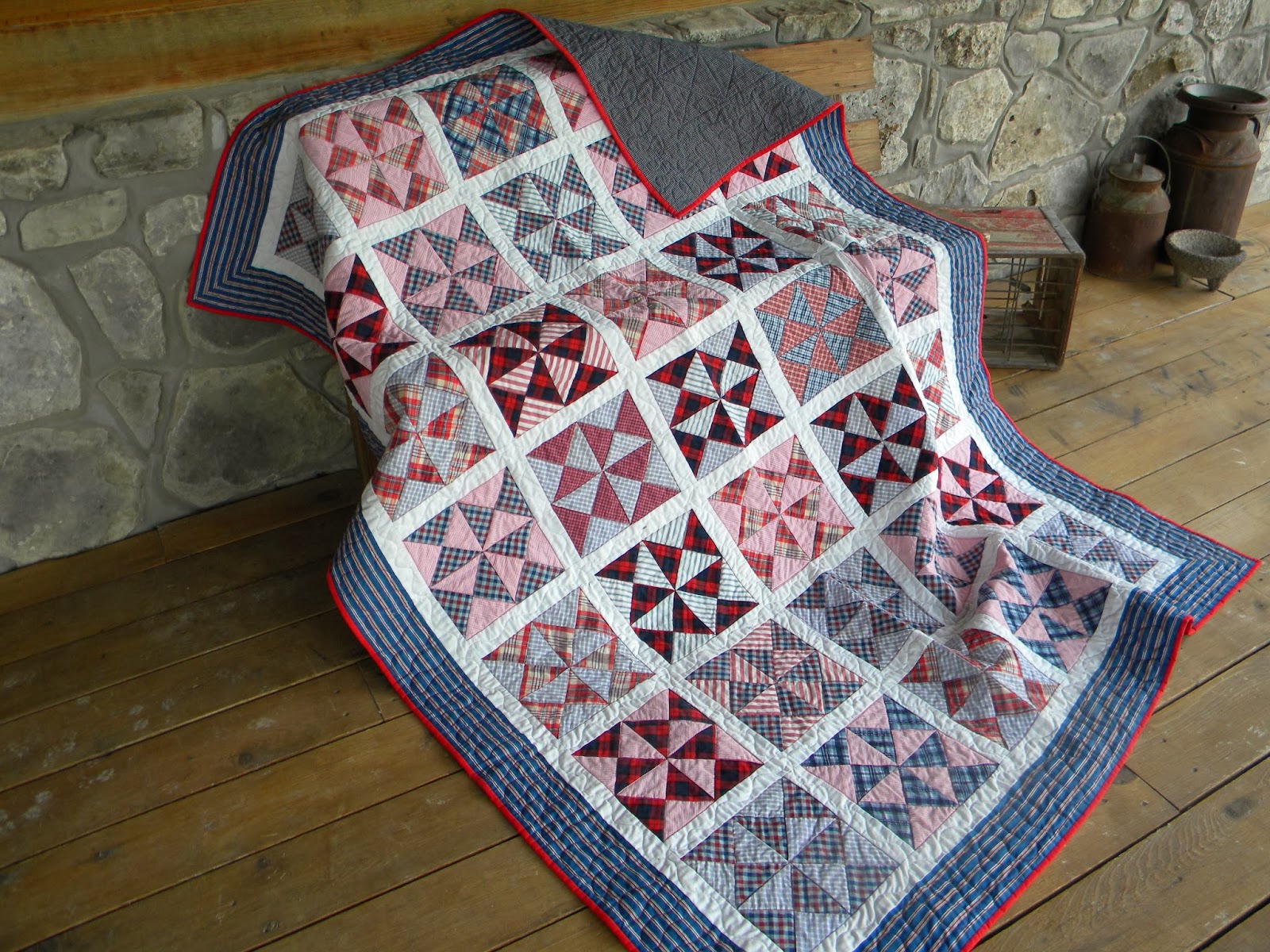 Now for Mike's. I didn't have it completely finished by Christmas. In fact, I only the the top and the backing pieced, and I put them in a box and wrapped them up so he would have a gift under the tree!! He was so surprised that I had that much done on it!! He had no idea that in all my stitching, I had included him!! But I finished quilting and binding it before our last cold spell (12 degrees F for our low on two mornings!), so he was glad to cuddle up under it and read or watch TV. Unlike Bobby's, I bought all the fabric for Mikes'. I found the backing on ebay for $3/yard! and then bought Connecting Threads Home Mirage Fat Quarter Bundle and pulled the pieces that coordinated with the backing. 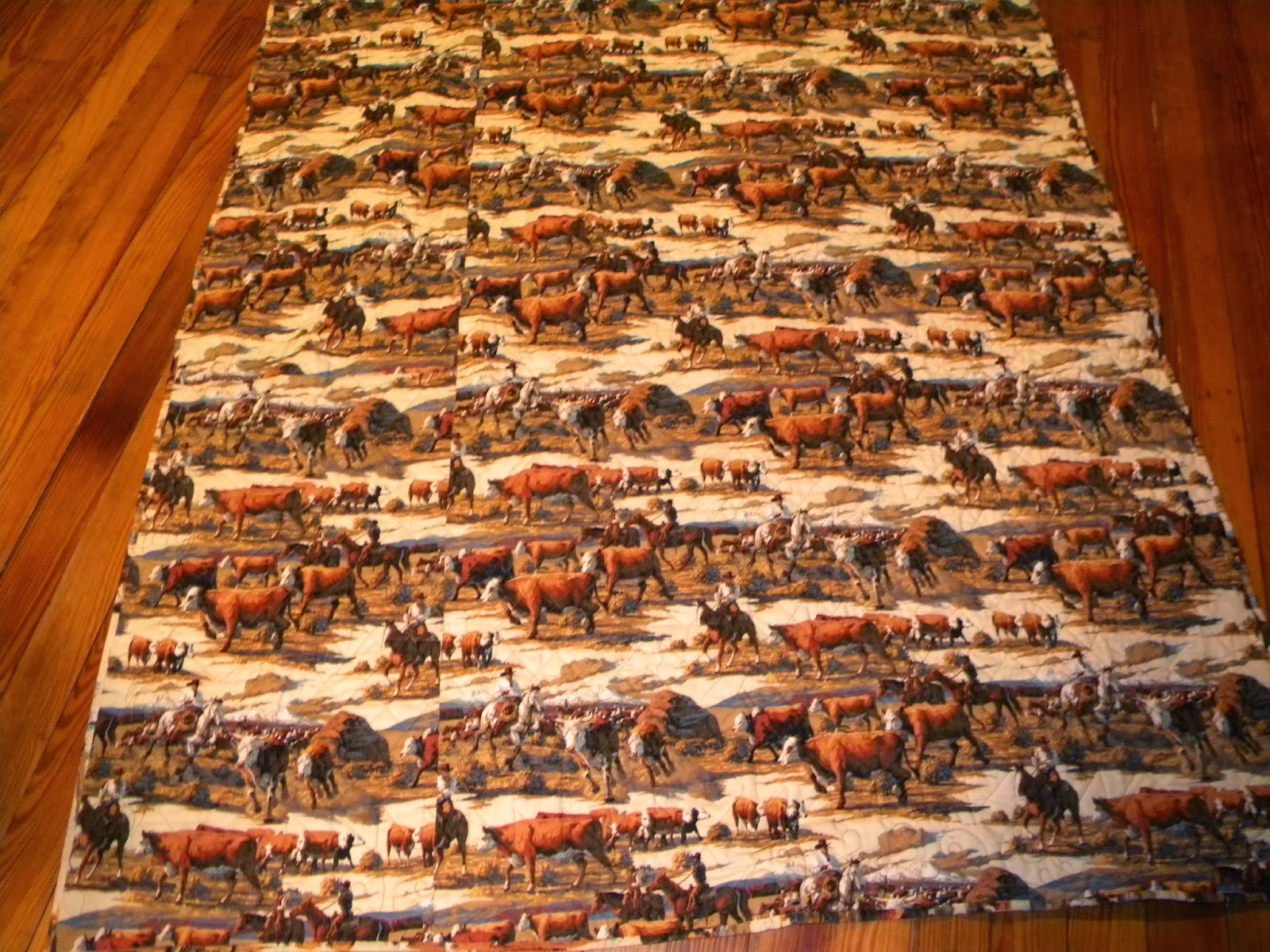 Of course, I knew he would love another brand quilt, so I machine quilting the brands and bordered the brand blocks with scrappy FG - simple and quick! 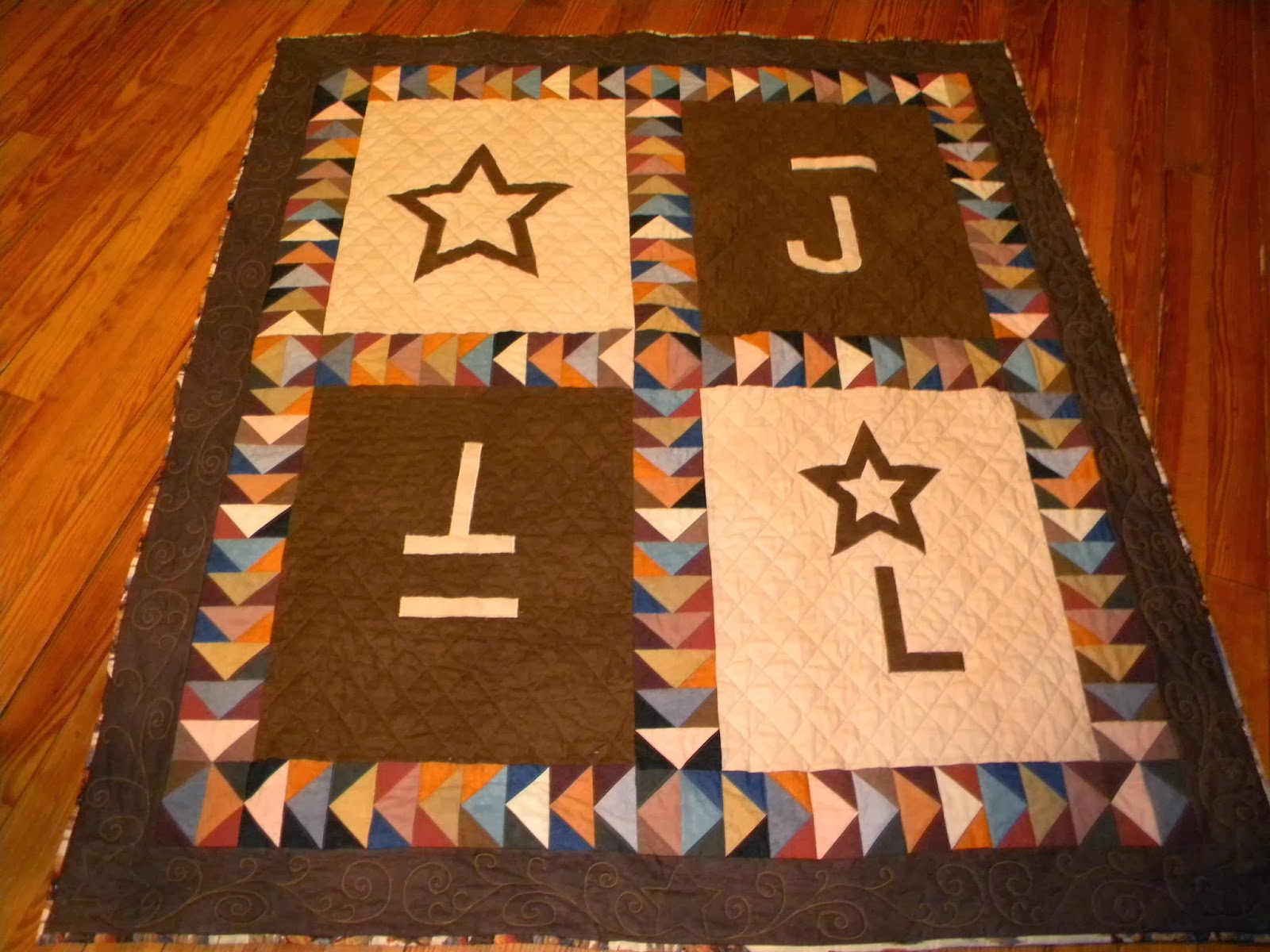 For the FMQ, I outlined the brands and then crosshatched the backgrounds with diamonds. I then stitched in the ditch around the FG. For the borders I quilted a repeating star/scroll pattern that I designed. I trimmed the quilt and then bound it with the scraps from the backing. I may enter this one in our quilt show in April - if I can get it away from Mike! Should be warm enough by then!! LOL 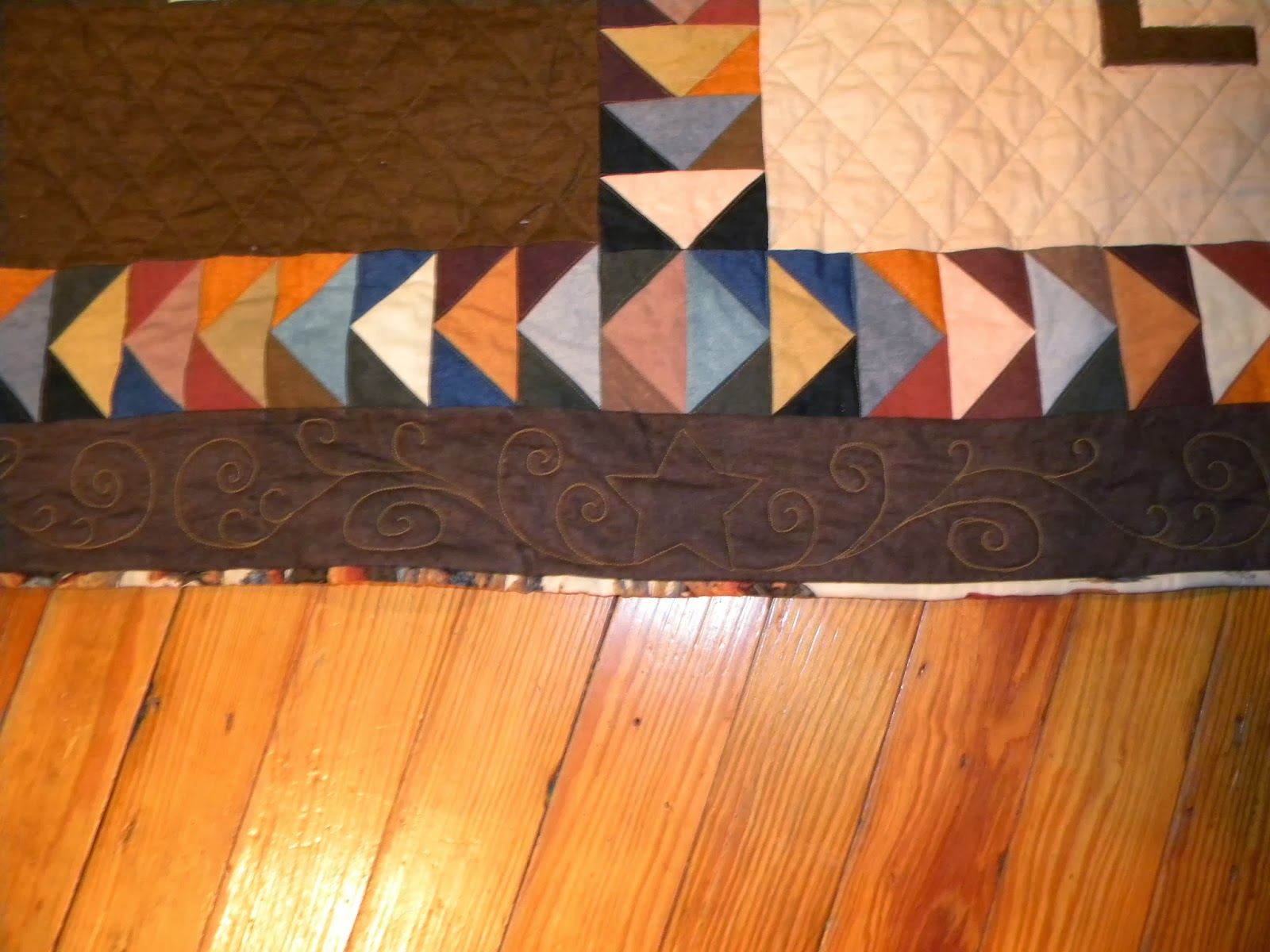 For the girls I made quilted three pocket clutch purses. The pattern came from the Better Homes and Gardens Quilt Sampler Spring/Summer 2013 issue. I only have photos of two of them, sorry. I think they turned our so cute, I'm making one for myself!! 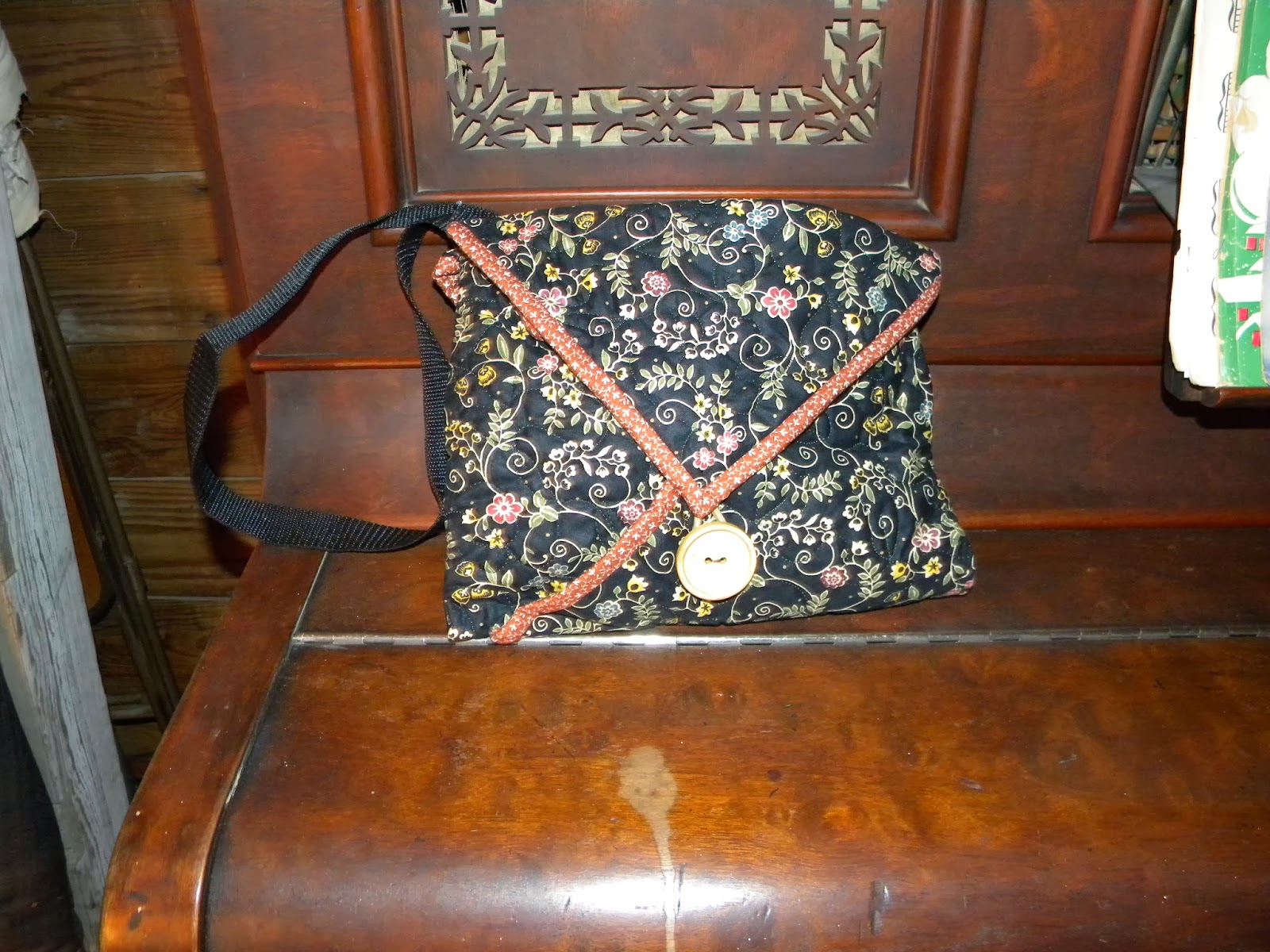 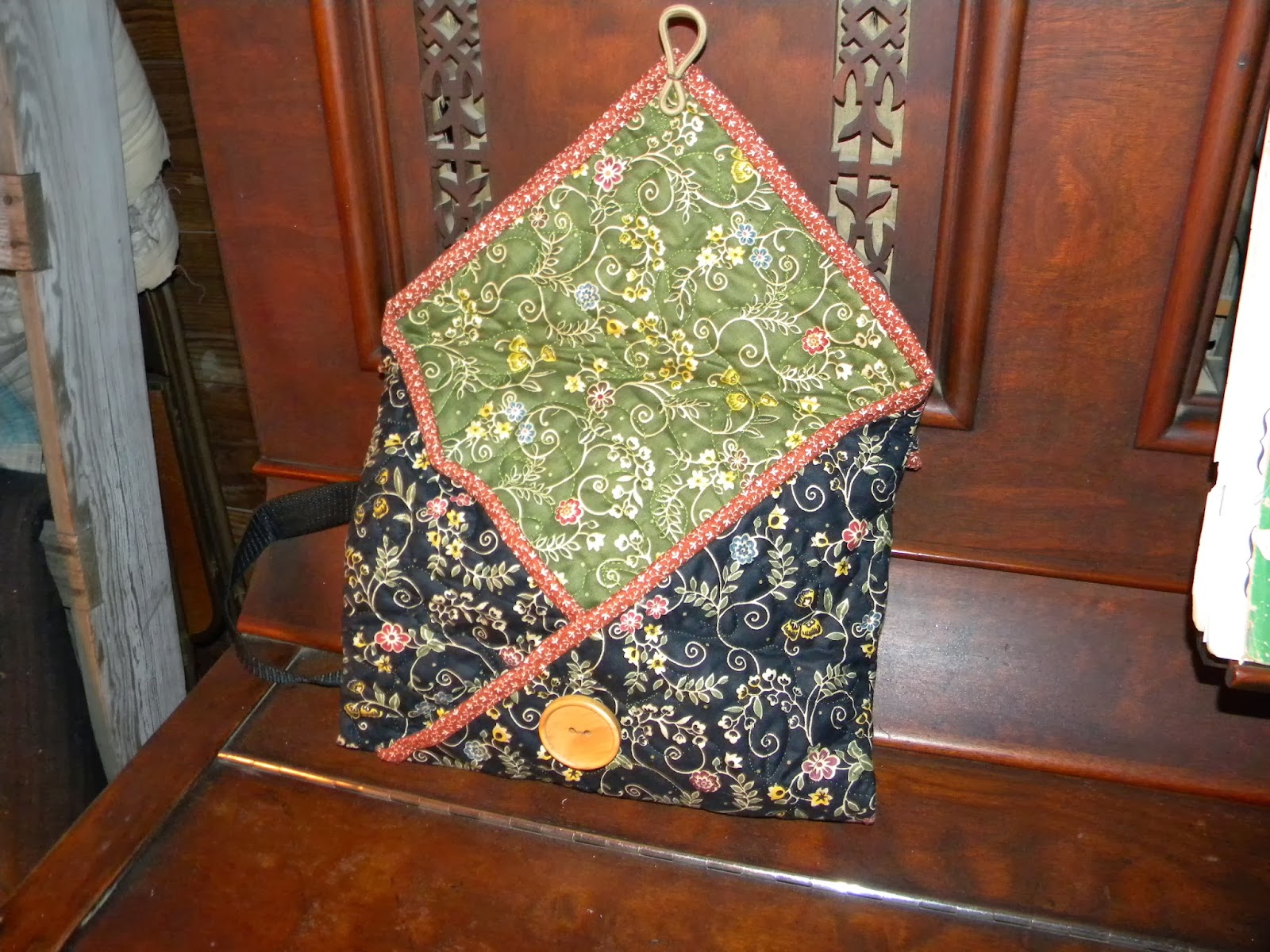 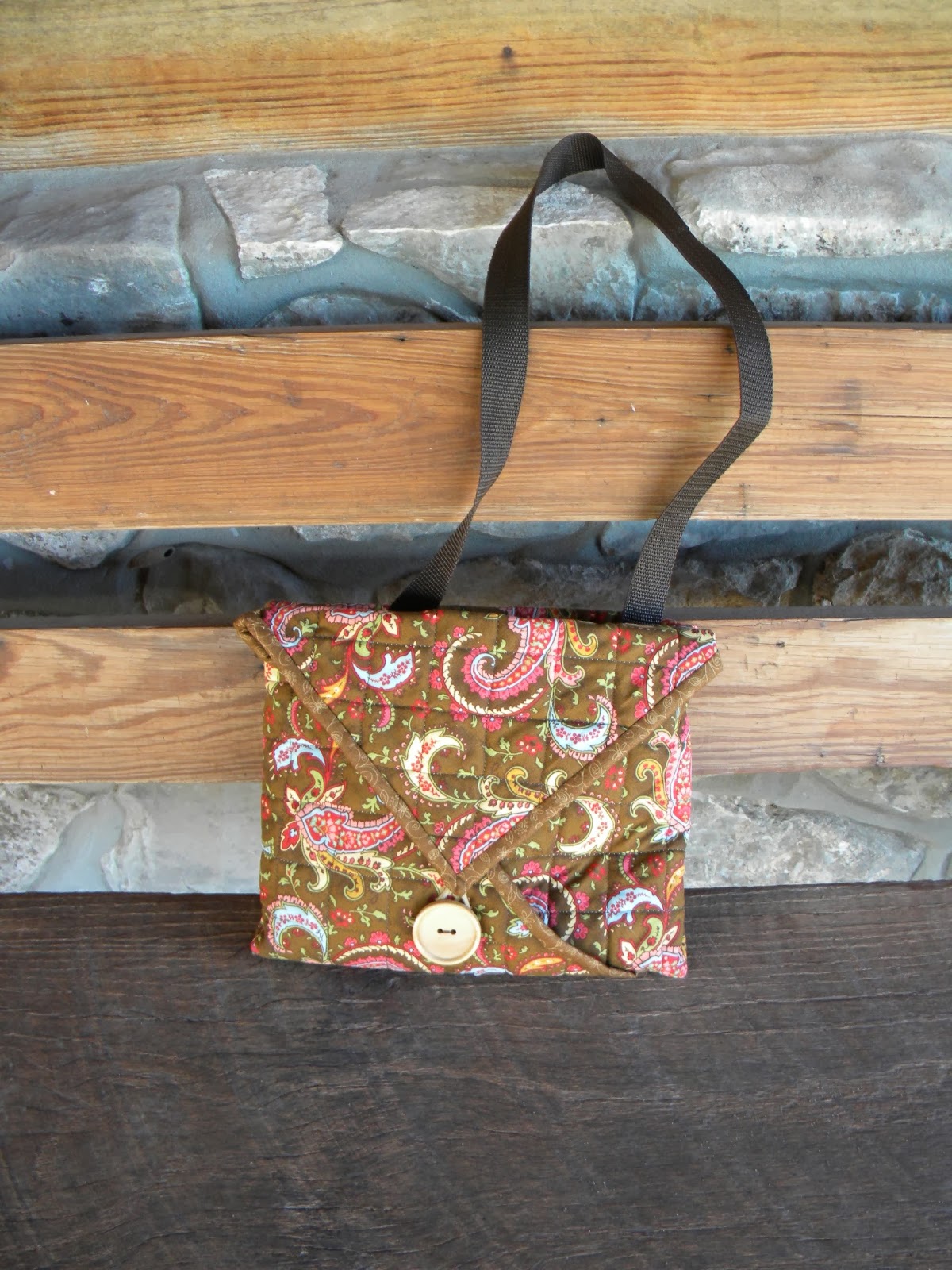 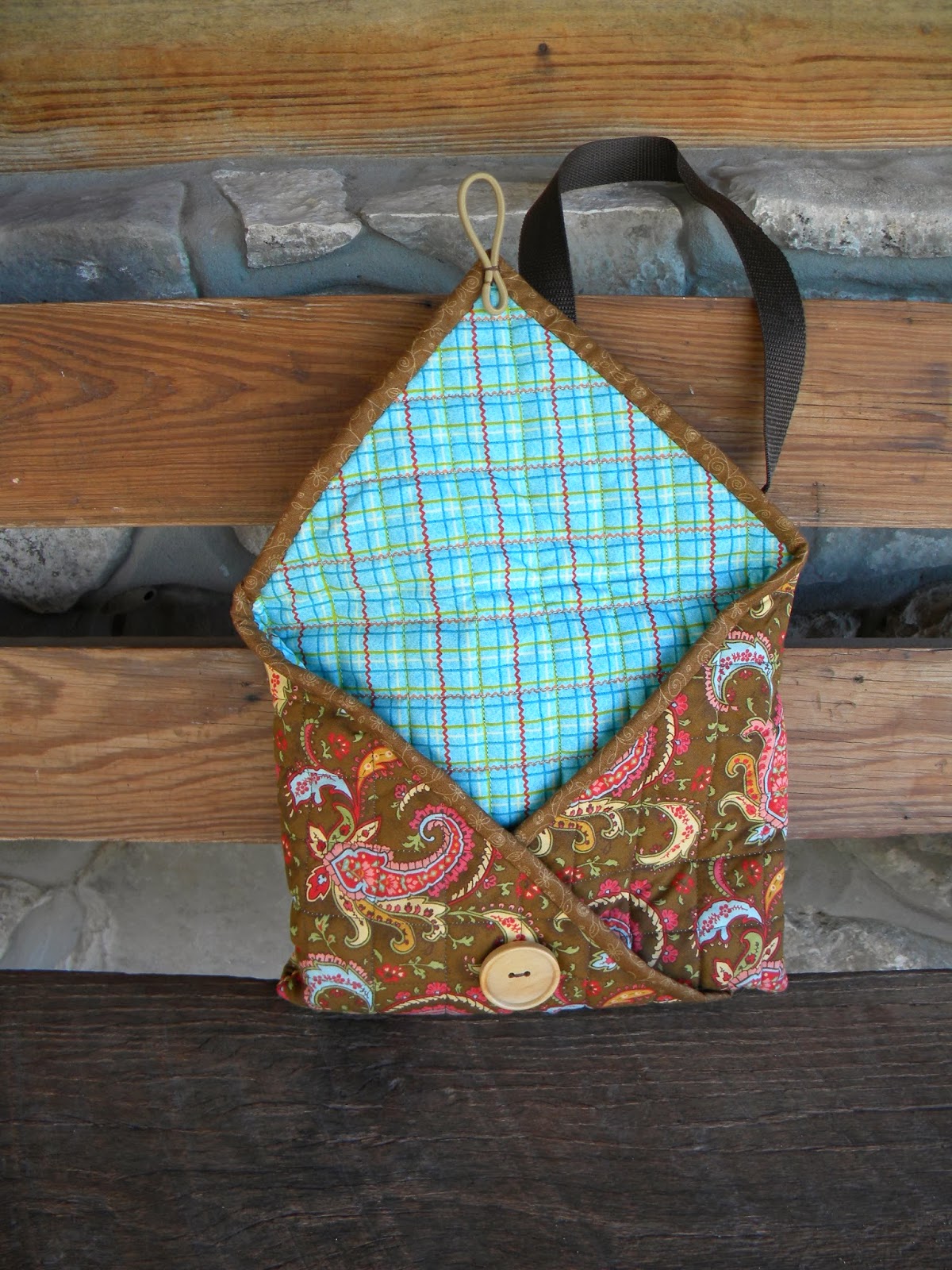 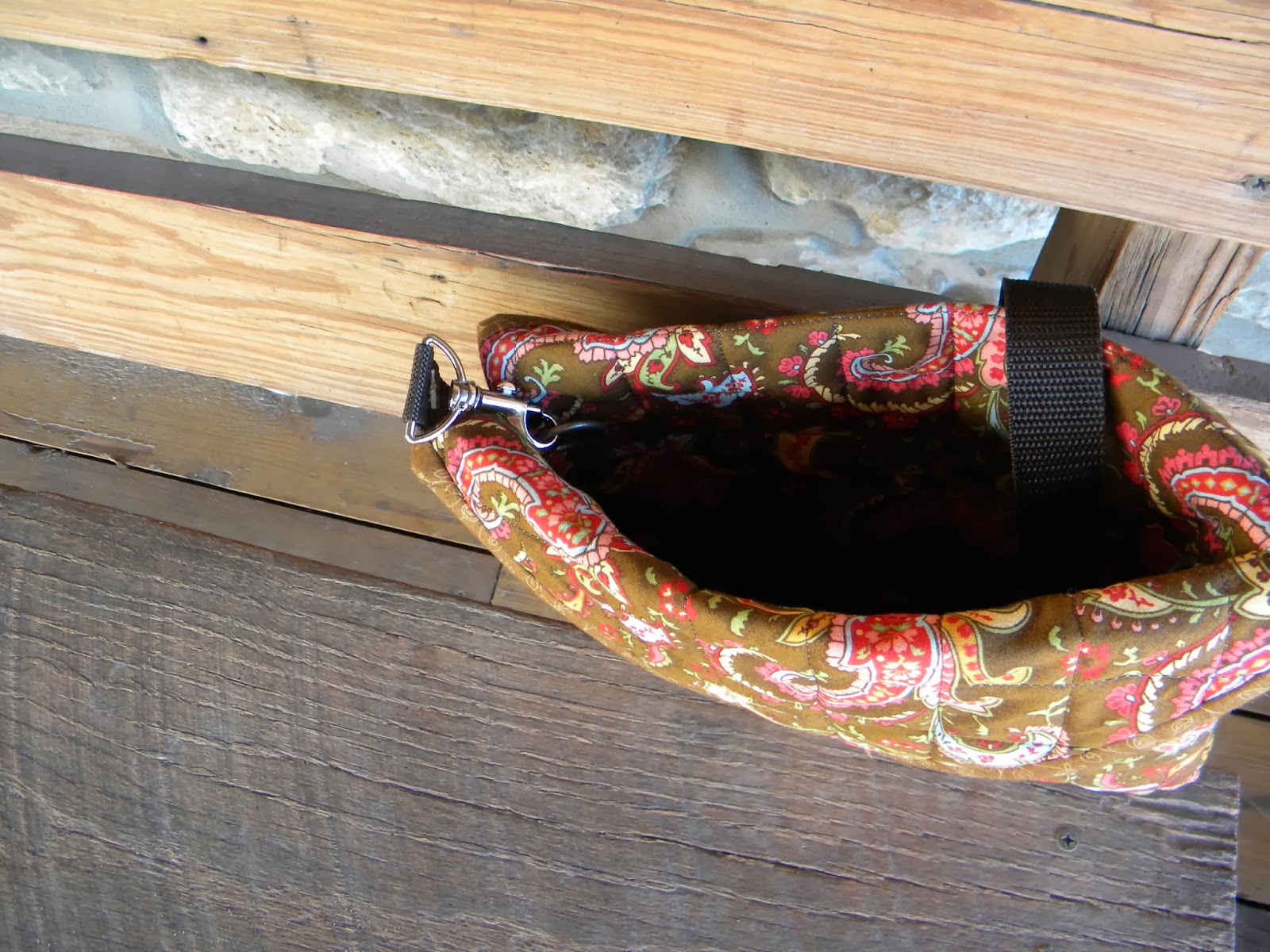 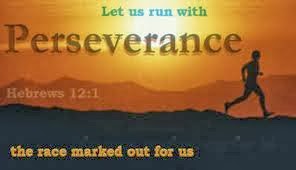 I hope that all of you enjoyed a fabulous holiday season! Ours was busy, but oh so very enjoyable. As I mentioned in my last post, I was furiously stitching away on Christmas gifts, and I will post about some of them later. In addition to sewing, there were all the other activities that go with Christmas, and I thoroughly enjoyed every moment! But alas, a couple of things got dropped - again, no Christmas cards were sent from this house and I didn't blog very much!! But here's a recap of some of the events in my life!

My birthday is the first part of  December, and I had some especially special gifts this year - my kids are awesome! This little quilt was made by Mandie!! So special - scraps from a quilt that I had made from my dad's wool shirts!! She machine appliqued it - but she hand quilted it! 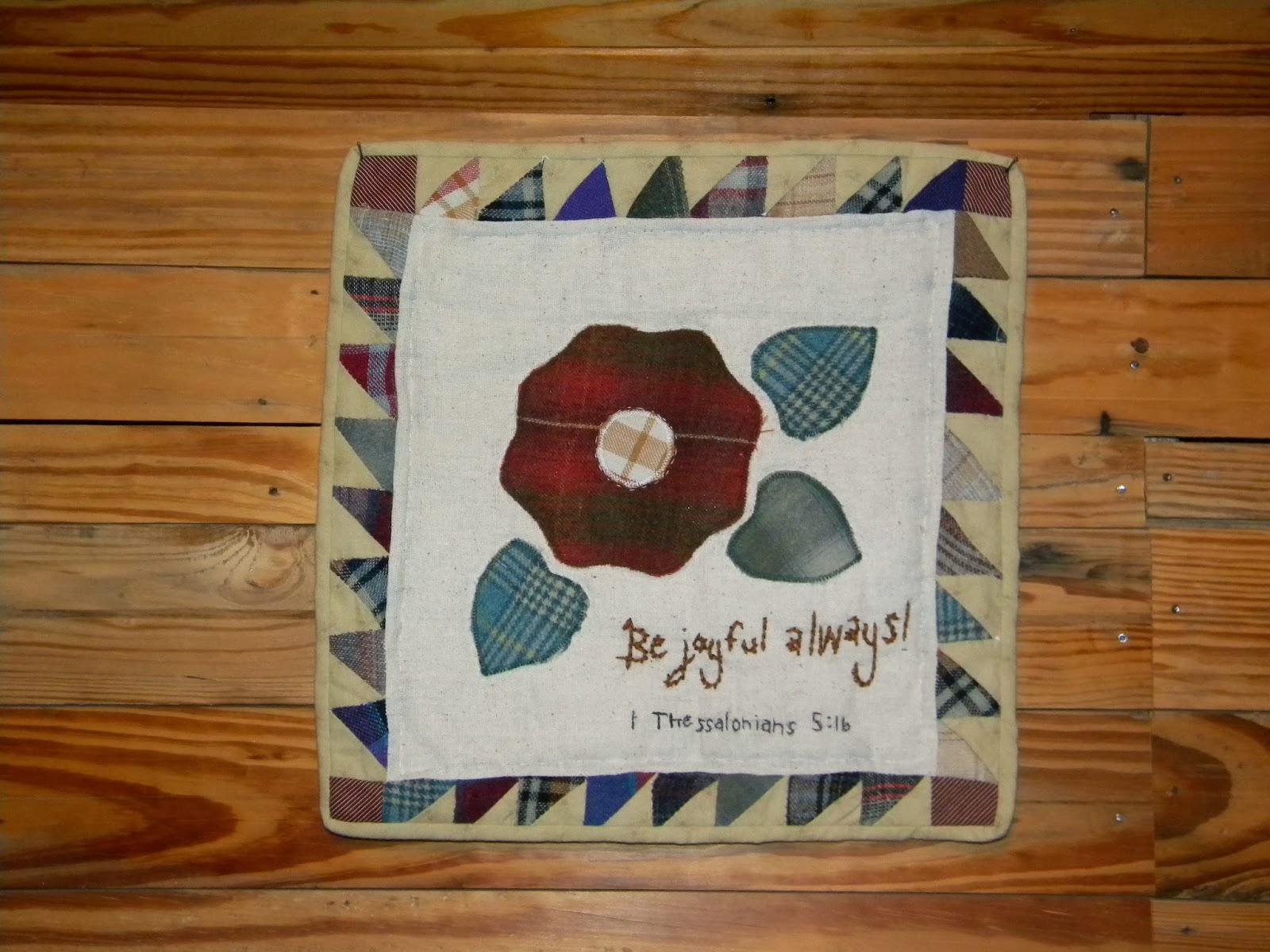 Rygh and Lyn gave me a quilting book and a charm pack of wools!!! I LOVE them and am planning on trying my hand at a wool applique project later in the year. Any suggestions? 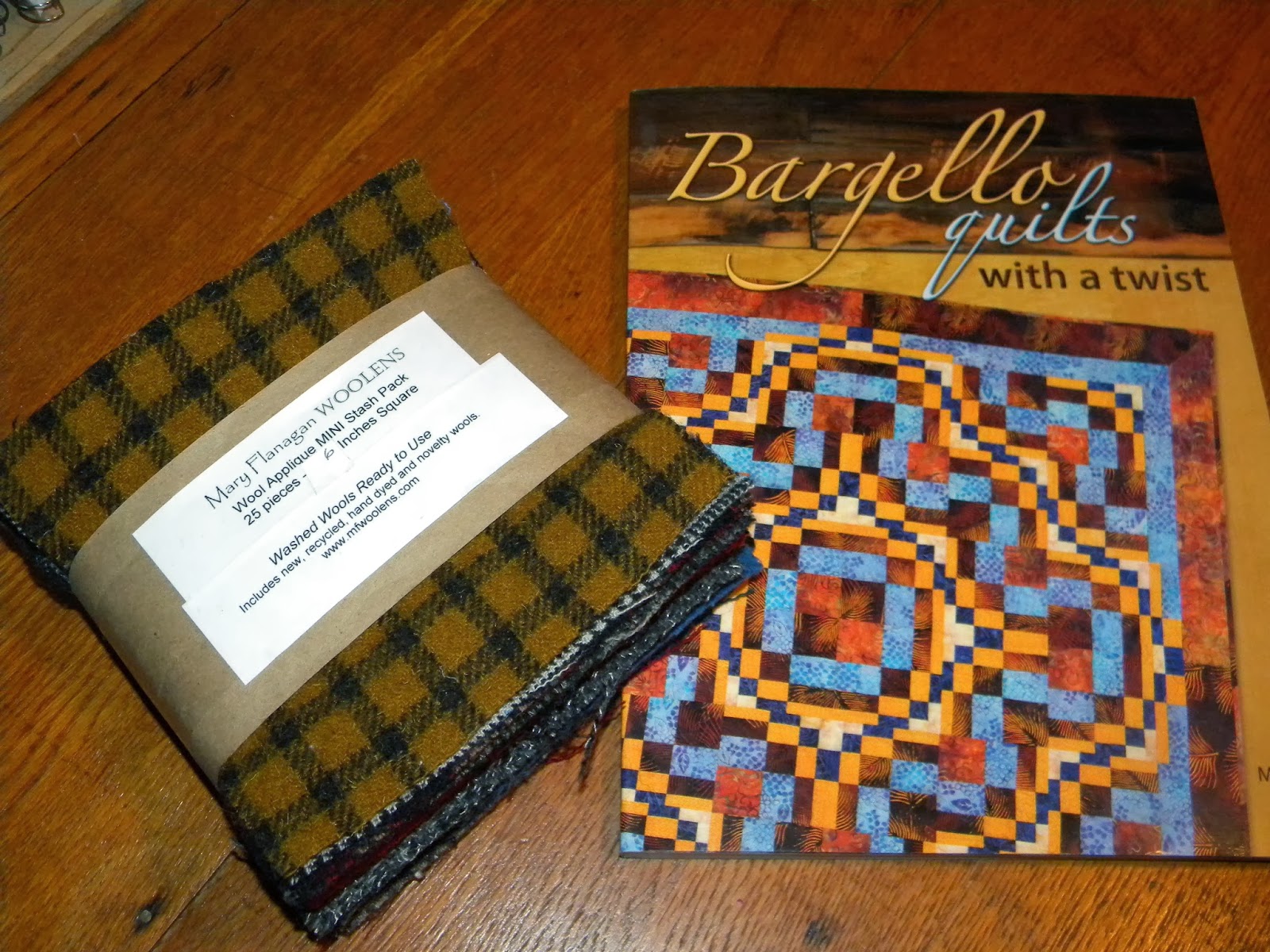 I received several other super great gifts, just not quilty so not sharing them here.save one. On December 14th, Mikkie took me to Austin for dinner and a performance of "The Nutcracker" at Ballet Austin. It was FABULOUS!!!! The orchestra was wonderful, the set gorgeous, the dancers superb! No one else in the family are Classical fans, so it was a very special Mother/Daughter time! 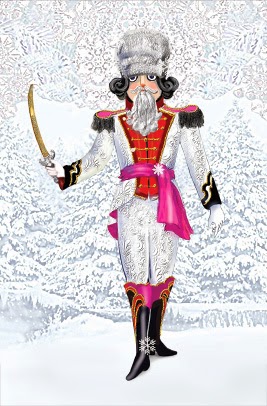 On December 17, I hosted our guild's Christmas party! Sixteen of the group came and a great time was had by all!!! Go here if you want to take a peek at the fun!

Then on the 19th Mike and I traveled to Old Glory, Texas to spend a little time with Mike's cousin and his wife. We then went to the Anson Cowboy Christmas Ball which has been an event since 1885 except for a year a two during WWII. It is always so much fun, and we always enjoy our time with family! 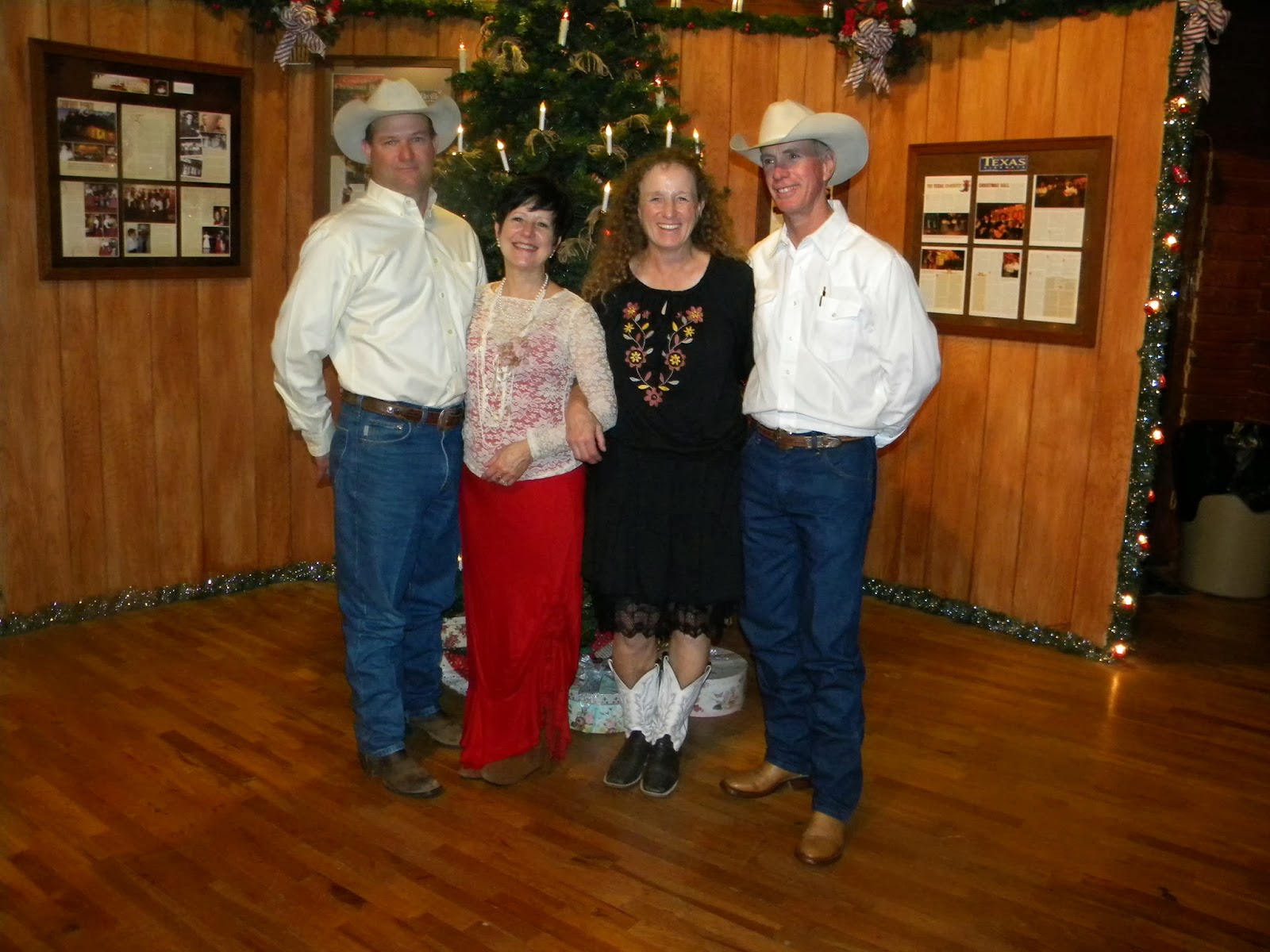 All the kids were here on Christmas Eve, and we had such a pleasant time - great food, great fellowship and a plethora of super nice gifts! Most of all it was so fun to watch Gracen play with the boxes, wrapping paper and the old toys out of her basket at Nene's house!!! Here she is with her Aunt Mollie! 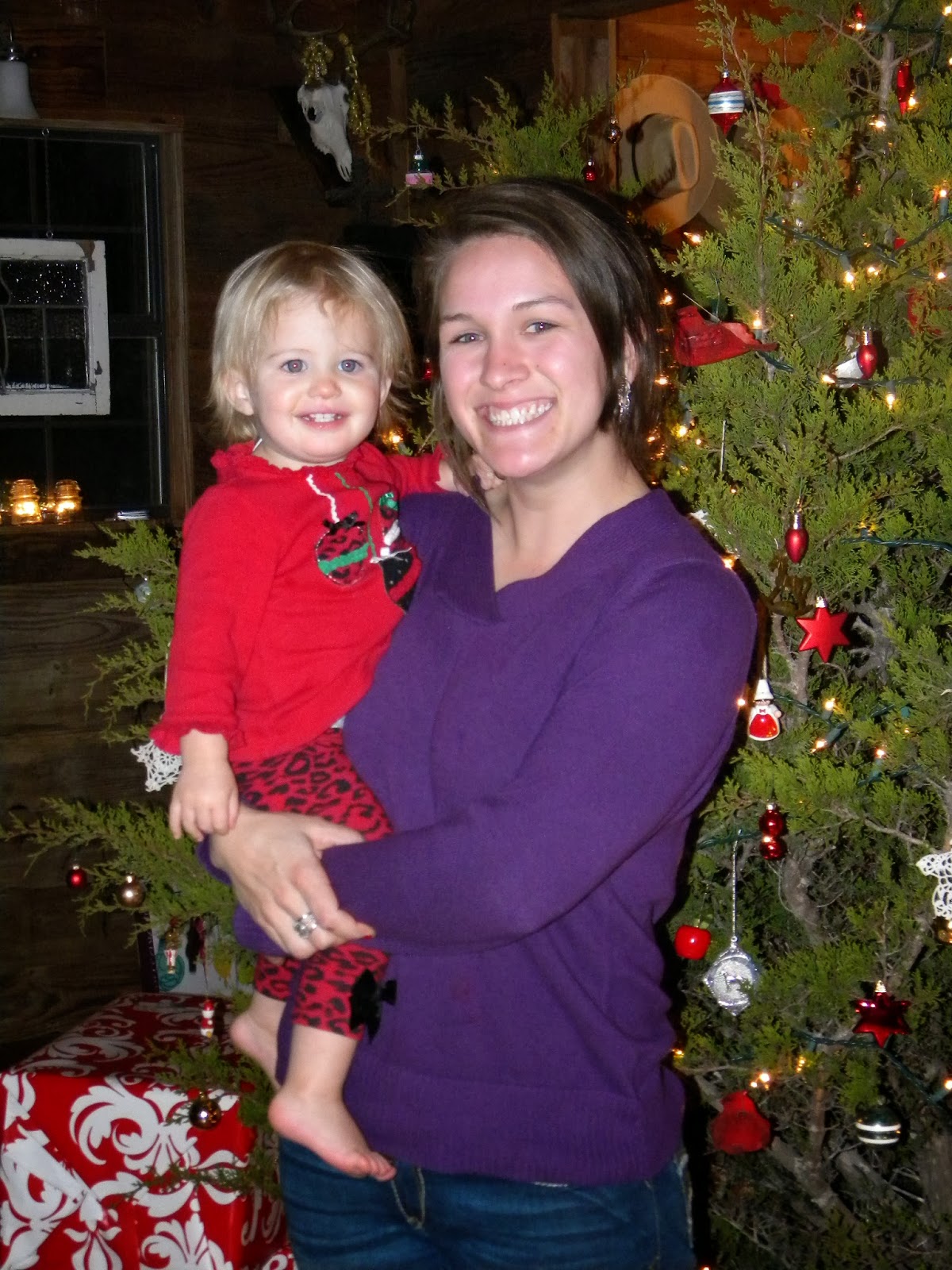 Hope this finds each of you enjoying a blessed beginning of a new year!
Posted by Doniene at 7:38 PM 13 comments: 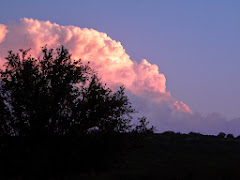